The cooling system is a integral part of the engine and helps to achieve the following in a normal combustion engine:

It is critical to keep the extreme heats generated by the combustion chamber in check, as overheating will have a huge impact on the ability for a engine to work under pre-defined safe working specifications. A lot of damage can result from over heating engines.

Modern cooling systems are pressurised allowing the temperatures inside to exceed the coolant boiling point, with out it turning into steam. For these reasons it is vital to never work on an engine´s cooling system which has been running at normal temperatures, with out due care and attention.

Set-Up for a Normal Cooling System 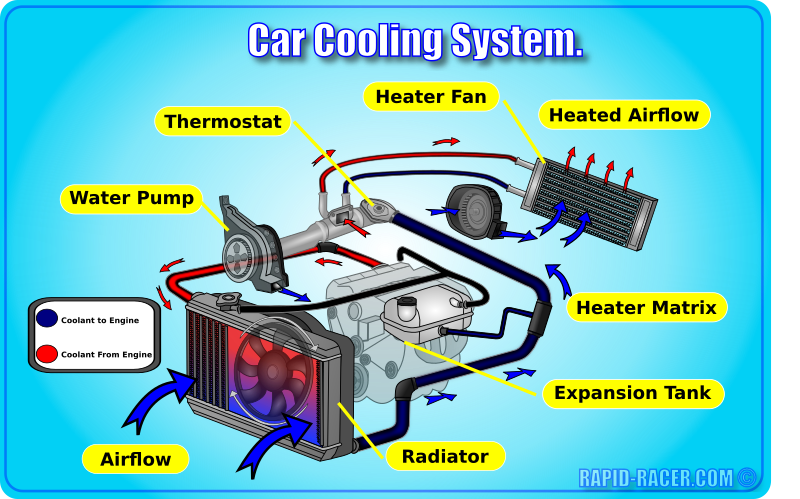 It is vital to understand that as we increase the engines power during various tuning upgrades, the car's ability to remain cool will have a huge effect on the engines reliability under hard working conditions. It is important to keep up with regular service intervals and also make sure the coolant levels and mixtures are right for the given working environments, especially for summer or winter driving seasons where the amount of anti-freeze ratio plays an important part of reliability.

Below is a breakdown of the common components found in a normal cooling system set-up:

These small vanes have small gaps spaced in between them, allowing air to run over the surface of the metal. As the air travels across the metal surface, it cools the hot water and reduces ambient temperatures with in the vanes. Airflow from the front of the car, when travelling at speed helps keep things cool and also accelerate this process. If the car is stationary, a radiator fan is used to make sure airflow continues to pass over the vanes and stop overheating.

If the vanes of the radiator or damaged, not only could there be a coolant leak, but potential overheating of the engine. While driving in countryside, even leaves stilling to the front of the vanes can cause overheating issues, so car must be taken to make sure the there are no potential blockages. 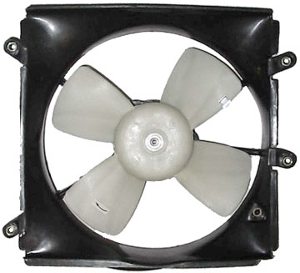 The Radiator Fan is used when the vehicle is in a stationary position and there will not be enough air flowing through the radiator, as if it was in motion. With out this in place, the car will quickly exceed optimum operating temperatures and no doubt cause broken or damage to the engine. The fan is normally electronically operated via engine temperature sensors which monitor potential overheating, normal activation would only be while stationary, but in extreme conditions this will be fully automated to suit engine parameters. The fan is normally run by an electric motor, with power being drawn from the battery and alternator combination. Common overheating problems have been know from radiator fans not activating and can lead to expensive repair bills, sometimes remedy can be simple as checking the fuse relay for blown fuses. 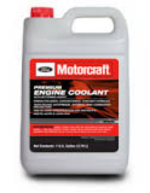 This is the internal liquid used to cool engine temperatures and is normally a mix of water and anti-freeze. The ratio can be more concentrated in the winter to stop freezing. This has to be flushed and renewed as per the service interval due to water and anti-freeze losing their properties over time.

There are however waterless engine coolant alternatives with an array of benefits- which include higher boiling points and lower freezing points, so this might be something worth investigation for ultimate protection as one of the advantages is reduced risk of overheating and not need to renew the liquids due to property deterioration compared to standard products. 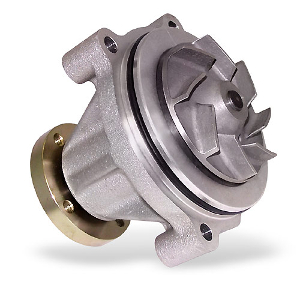 The Water pump is responsible for the flow of liquids through the cooling system, cooled water and coolant mix from the radiator is circulated into the middle of the pump and the centrifugal forces and spinning fins push the water and coolant mix to the outsides of the housing. There is a outlet pipe which then pumps this water to the cylinder head and engine block, to absorb the heat generated there. Water is then taken from the engine back to the radiator, ready to be cooled again and continue the cycle.

The water pump is normally connected via a auxiliary belt to the crankshaft and operational when the engine is running. Regular inspection is needed to make sure these belts do not become damaged, on scheduled service schedules as over heating of the engine will occur if the belts snap.

Through normal driving conditions, it is normally activated via a sensor in the engine management system. It is a critical part of the cooling system and especially vital in traffic jams or slow moving speeds. 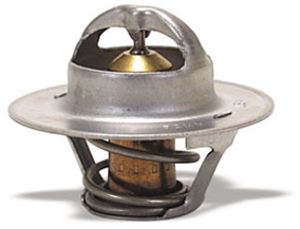 The thermostat is normally made from a wax pellet and it is heat sensitive, once it reaches a pre-define temperature, it will open allowing water and coolant mix to enter the radiator and begin the cooling process. The thermostat will modulate during different driving conditions to make sure the engine is always in the peak operating range.

It is important when a engine first starts to quickly heat up the water and coolant mix levels to firstly avoid hotspot heating in the cylinder head and engine block. Also to stop the cooling process via the radiator, when the thermostat is in a closed position. The engine itself needs to reach optimum operating temperatures before this process begins. Once this level is achieved then the thermostat can open and water coolant will enter the radiator and begin the cooling system cycle. 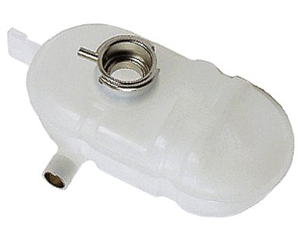 The expansion tank acts as a reservoir for the cooling system as the systems water and coolant mixture expands due to heat from the engine ( water molecules expand in heat and shrink when cooled). Normally a run of pipe is located in the radiator with a pressure reducing valve fitted, this activates under certain conditions to relieve the pressure build up. The tank normally also has a blow off valve fitted just in case critical pressure exceeds pre-defined safety levels.

Watch out for any oily deposits or creamy foam in the cooling system, as this could be a sign of engine issues, also remember to keep fluids topped up and at the correct levels for any service intervals. Please also use some common sense and do not open the pressurised cooling when the engine is running or has reached normal operating temperatures. 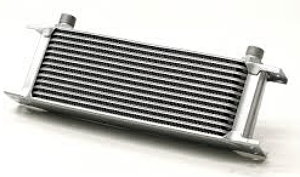 While this device is not part of the actual coolant system for engine heat management, an oil cooler can be fitted to help and further reduce engine temperatures and keep the engine protected under hard use. Oil and its viscosity can be effected by heat and having a way to help keep the oil cool in performance application can be critical for engine longevity and risk of damage.

An oil cooler works very similar to the coolant system in that air cools vanes in a radiator set up, but normally on a smaller scale and without an external pump- due to it being plumbed directly into the engines own oil system. It is no due normal for the cooler to be mounted at the front of the car in front wheel drive cars due to the feed of cool airflow, but rear/ mid engine applicable will most likely need ducting and body work slits to feed the device.